To Tell, Or Not To Tell, About Your OCD?

Whether to tell or not to tell others about your OCD is an important question. It is not an easily answered one.

The decision to tell people about your disorder, other than your parents and therapist and psychiatrist, is in your hands because the symptoms of OCD may not be at all apparent to others. Unlike physical disabilities that are visible, such as blindness or paralysis, you are able to live your whole life without people knowing that you have OCD. That can be very satisfactory to some individuals who want to keep their experience with OCD private. Some people with OCD feel that telling others about their experience with OCD may be helpful.

It can be a relief to know that just one other person knows what you are going through. The refrain of the old Beatles song says, we get by with a little help from our friends (Lennon/McCartney, 1967). Among the adolescents I worked with, most of them do choose to disclose information about their OCD to at least one or two friends. When, how and why they decide to do so involves some thoughtful decision making. This is because of the way many people stereotype individuals with psychological problems.

Social scientists call mental illness a stigmatizing condition — “a deeply discrediting” characteristic that marks an individual abnormal. Stigmatizing conditions in our society include those based on physical, psychological, and sociological characteristics. They are people with physical disabilities or illnesses such as HIV and AIDS; people belonging to racial or ethnic minorities; and people who deviate behaviorally or socially such as gays and lesbians.

Mental illness falls under the category of a behavioral stigma because it involves deviation from normal behavior. It falls within the same category of stigma as homosexuality. The experiences of gay people deciding to stay in or come out of the closet is relevant to persons with mental illness. It is hard to decide whether or not to disclose their illness to others. 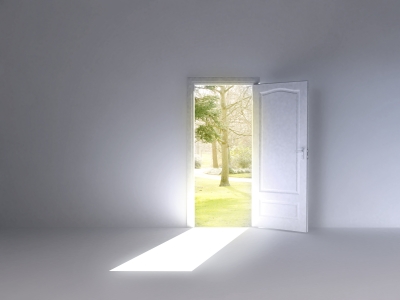 The experience of gay and lesbian individuals coming out of the closet about their sexual preference demonstrates how important it is to consider the costs and benefits of self-disclosure. Actress/comedian Ellen DeGeneres came out to the world on her television show in the 90’s. She told the world about her relationship with Anne Heche. The cost of this disclosure was enormous. Her career took a nose dive. Only now, with the start of her new daytime television show, is her career starting to recover. Ellen DeGeneres’ experiences are unusual because she is a celebrity. It proves that talking about her sexual preference and what happened to her makes a compelling case for being cautious. It is important to weigh disclosure of any personal information that puts you down in the eyes of the world.

On the flip side, plenty of people disclose information about their mental illness without severe consequences. This includes many celebrities who have talked about their psychological problems.

There are many examples of celebrities with known mental illness:

(Check out the web site from which this list was drawn: “Public Figures And Mental Illness: http://www3.telus.net/eddyelmer/eemedia.htm).

These celebrities and others who have been candid about their struggle with a mental disorder show that social attitudes toward mental illness are growing more favorable and accepting as we edge into the 21st Century.

So what should you do about telling others about your OCD?

First, it is most important to realize that this is your personal decision. And it is not a one time decision. You will be faced with making the decision to tell again and again throughout your life. Telling is not an all-or-none matter. You can be selective about whom you tell and what you tell. Take your time if you want, your experience with OCD is yours. It is information that belongs to you and can be kept private if you so choose. You can get advice and guidance about disclosure from the trusted people who already know about your OCD.

Disclosing ourselves to others, revealing our weaknesses and vulnerabilities often involves risk. The risk of rejection and other negative reactions. That is why we reveal our deeper selves to others with caution. We must feel that we can really trust them. Even when we do act with caution, we can still sometimes be disappointed. People may break a confidence by telling others things about us that we asked them not to tell. The reality is that it is hard to keep things secret. People love to talk and gossip about others. There are never guarantees that a promise made by a friend to keep your secret may not be broken. A friend that cares about you may confide your secret to another friend. They innocently believe that their friend would not tell anyone else. The friend may tell, and the secret you confided to one friend may end up being told to people who hardly know you — not a pleasant thought.

While caution is important, there are many benefits to be gained from confiding in others.

Holding in secrets that make us different from others is a worrisome burden. When we talk about problems such as OCD, others are inclined to share their own difficulties. Sometimes they may even share information about their experience with OCD. Knowing that another person has to struggle and cope with problems helps us to cope. It is good to know that we are not alone. That we are not really so different from other people. By telling another person about your OCD, you can support them as well. You give yourself the freedom to be more authentic and to be accepted by others for who you are, OCD and all.

Disclosure provides opportunities both to ask for help and to give help to others. All of this can go a long way toward relieving any shame you might experience because of keeping one’s OCD secret from others.

Deciding to tell people about your OCD requires careful thought. You need to think through the costs and benefits. You must take into account all aspects of the situation. You must consider the person, the setting, other people, and the other people’s relationships with one another. Be deliberative and patient in weighing all these factors. Remember there are other people who have been where you are now. You are not alone. Eventually you find trusted others with whom to share your authentic and lovable self. People today have a better understanding of OCD because others before you were willing to take the risks associated with revealing their OCD to others. It’s a better world today because of these people. It will be even better in the future because of people like you.

As another Beatles’ song says, it’s getting better all the time.